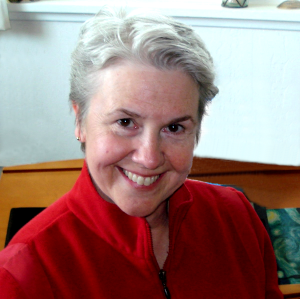 Ordained in 1975, Mary Susan has been a hospital chaplain in Chicago, a campus minister at Iowa State University, the pastor of a rural congregation in Union City, Michigan, and an inner city congregation in Grand Rapids, Michigan. She has served as an Associate Conference Minister with the Indiana-Kentucky Conference, Executive Director of the UCC Coordinating Center for Women in Church and Society, and Conference Minister for Northern California Nevada. She has also been employed as a community organizer, printer, health insurance claims processor, and automobile assembly line worker.

She chaired the Board of Directors of the UCC Stewardship Council, directed an educational ministry on worldwide nuclear disarmament in the 1980’s, and represented the national staff of the denomination as a peace monitor at the 1994 elections in South Africa and as a participant at the UN Forum on Women in Beijing in 1995. A native of Baroda, Michigan, Mary Susan graduated from Michigan State University in 1970 and received her Doctor of Ministry degree from the Chicago Theological Seminary in 1975. Her liturgical materials, poetry, and commentaries on church life and contemporary culture have been widely published.

She lives in Benicia, California, with her spouse, Roger Straw, writes poetry, and is active in interfaith organizing efforts for human rights in the Philippines.